The previous year has been a mess, literally, due to the Coronavirus global pandemic and general chaos that has grabbed the whole world. Fortunately, society has responded to the challenge successfully, and things are getting back to normal as much as they possibly can since the unexpected blow has affected every single individual who has had anything to do with the world as we know it.

If you would ask cinephiles, they would gladly erase it from their book, not solely because there is insufficient quality material to devote to, but also because numerous projects were postponed to 2021. Fortunately, their time has come, so if you consider yourself a movie enthusiast enjoy the list of upcoming movies and watch the trailers we have prepared for your enjoyment.

If you both like playing video games and enjoy good humor, then Free Guy should match the prescription your doctor has prescribed. Even better, if you know about the legacy of GTA and Saints Row franchises, this accomplishment will definitely be worthy of your attention.

You will have the honor of watching Ryan Raynolds as he gets all the freedom an NPC could ever want, but cannot become a hero without the help of, what would you say, a game developer stared by no one else but lovely Jodie Comer. Therefore, prepare yourself for an adventure never seen before, backed up with incredibly witty scenes that will make your day.

2. The Many Saints of Newark

They say that taste is not to be discussed, so it is reasonable that everybody has their favorite TV show, but when the Sopranos is in question, most of the critics hold their mouths shut as a sign of respect. But a movie based on the story of the officially best TV series ever?

Sounds like a bad idea, but we assure you that not everything is as bad as it seems. Moreover, we urge you to give the Many Saints of Newark a chance. When you take a look at the cast, you will see what we mean by “must watch”.

Namely, although the movie tells a story about Toni’s and Christopher Moltisanti’s fathers, you will have the opportunity to watch Michael Gandolfini taking the place of his late dad, Michael, acting as the young protagonist of the TV series. Besides that, names such as Ray Liotta, John Bernthal, and Bily Magnussen will make sure you have a whale of a time.

We have already talked about postponing, and one of the victims of such fashion was the final sequel of one of the most legendary movie sagas, and yes, we mean the story about special agent 007. Any story James Bond has to share is an interesting one, and since it has been setting standards in the movie industry for decades, there is no reason for you to expect anything else this time.

So, explosions, unpredictable car chases, top-notch gear but also the last words of Daniel Craig as MI6’s most valuable crew member. At Googletune.com you will find video materials you can share with your friends about this movie, but also about other topics not available elsewhere, thus, give it a try and you’ll say thanks to us later.

4. Venom: Let there Be Carnage

Tom Hardy is one of the most favorite Hollywood personalities today, and his role as Venom’s host back in 2018 has helped him reach the popularity he enjoys nowadays. Thus, if you have liked the first part, you should be happy to hear that this year you will be able to enjoy a sequel. What you should know is that the family becomes bigger and that papa Venom wants you to meet Carnage.

Woody Harrelson, Michelle Williams, and Naomie Harris complete the star crew so all you need to do is wait a bit more to enjoy the witty plot directed by Endy Serkis, you might be remembering as Gollum, or shall we say, Smeagol from LOTR trilogy.

Finally, a new Wes Anderson film for you to savor in, especially if you enjoy his already recognizable style of delivering a unique story in an even more unique way. This time, you will be honored to witness the adventures of an American newspaper outpost set in an imaginary French town. Knowing that Wes always picks his crew members carefully, we cannot wait to see which important roles characters stared by Adrien Brody, Bill Murray, Owen Wilson, and others have to play.

If you are not ashamed to admit not seeing the original version, go now and do it immediately. As for the others with formal movie education, finally, after more than 30 years, it has arrived. Or at least it will, later this year. Once again you will be able to enjoy the adventures of Tom Cruise, playing a role of an instructor to his, who would have guessed, late co-pilot’s son, and enjoy almost unimaginable air stunts backed up by quality plot. One more thing, if you think 30+ years make a difference, do not overanalyze Tom Cruise’s face, because he does not seem to age the same way as ordinary people do.

You know what date is reserved for Michael Myers’s reappearance, so if you reckon that bloodbath is what you need watching to get you to the edge of your nerves while your skin gets itched, you know that the guy with a captain Kirk’s white death mask will not underdeliver. This is not the only forthcoming horror movie worth your time, but you will want to devote your time to it, especially if you are a fan of Laurie Strode since rumor has it their story is far from over.

We tried to pick a treat for everyone, so we hope that you will find your favorite or even favorites back in the aforementioned suggestions. If you do not care about the genre, feel free to try any of the movies enlisted above, since they all have their attributes or are a part of particular legendary movie legacies. On the other hand, you can pick the one according to your taste. 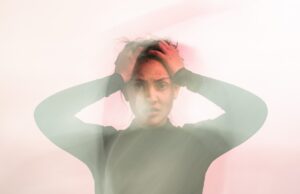 Sarah Whyte 0
Life is too short to be wasted on drugs but still a great number of people around us are involved in the use of...

4 Signs You Have Hired a Qualified Mortgage Broker

Step by Step Guide to Open a Bank Account Online

5 Easy Ways You Can Spread Kindness to a Stranger

Contact us: kravitzcj [at] gmail.com
© FergusonAction.com is a participant in the Amazon Services LLC Associates Program, an affiliate advertising program designed to provide a means for sites to earn advertising fees by advertising and linking to Amazon.com. Amazon, the Amazon logo, AmazonSupply, and the AmazonSupply logo are trademarks of Amazon.com, Inc. or its affiliates.