Suddenly you get the feeling about the presence of people from Inca civilization around you. Yes, if you choose to know about Peru, then how you can afford to miss the glimpse and feel of the “Lost City of Incas.” The western part of South America is taking the name from the nation Peru with the capital Lima for all the hustle bustles of the Latino world. The kissing of Pacific Ocean, presence of greatest Amazon Rainforest and peaks of Andes Mountain is making this country territory of opposite habitats. Not only ancient empires like Inca civilization, but this land also has several other important facts unknown to the rest of the world. The combination of such varied diversity and wealth is hard to find anywhere in the world. A great amount of natural sources is making this place an unbelievably enriched one. Nuevo sol is the currency of Peru. If you are the one with limited information on Peruvian culture, archeology, resources, habitats then you must go through with this article to know some unbelievable yet interesting facts about this land.

1. Gastronomical Adventure in the Land of Myths

Peru is naturally rich in the production of consumable vegetables like potato and corn, beans like coffee, fleshes of guinea pigs, fishes, etc. Peruvian population consumes a healthy portion of guinea pig in the world. This touches the figure of 65 million per year. The nation ranks second as the fishing country just after China. Corn is the staple food item found in 55 variations and different colors like yellow, black, purple, white, etc. If you love to drink the alcoholic drink then you must try Pisco sour, a national brandy of Peru. Pisco is a name of the grape used in a quantity of 13 pounds to make a single bottle. This is the base theme of the popular Pisco cocktail in the world. Every year, high volumes of Arabian coffee beans are shipped after production on this land.

Peru is famous for the different cuisines famous in its southern, northern, Andes and Amazon region. The different climate is making changes in people’s food habit too. Southern region dominates the nation’s share of aqua items. Northern part dominates in the flesh list such as goat meat, shells, etc. Corn, potato, maize, asparagus, and a guinea pig is stapled to Andes population. Camu Camu, rice is popular in the Amazon area. Ceviche is the traditional dish of southern Peru while Seco de Cabrito is famous in the northern area. Pachamanca and Juane are the dishes topping the favorite list of Andes and Amazon region of the country.

2. Geography with an Opposite Climate System

Peru has one of the kind’s diversified climate in the whole world. A large variety of climates and microclimates dominates this western Latin American country. It has 28 to 32 climate systems creating effects in its diversified nature. The coastal area on the western side has subtropical weather and little rainfall per year. Capital Lima is on its narrow coastal plain also. This area has a desert-like situation because of little rainfall. At the same time, there are broken blocks of fertile lands with the plantation of sugar, cotton, rice, etc. Andes Mountain is lying with some of the highest peaks touching an escalation over 6000m. The Andes is the second Mountain range in the world with the top point Mt. Huarascan. This has cool to a cold climate with summer rains. The mineral resource is in its huge quantity at this part with a contribution in livestock. The amazonian area is dominated by equatorial climate creating natural fuel for the vast presence of the forest. World’s deepest canyon is part of this geographically diversified land too. Colca Canyon has the depth twice the size of Grand Canyon. 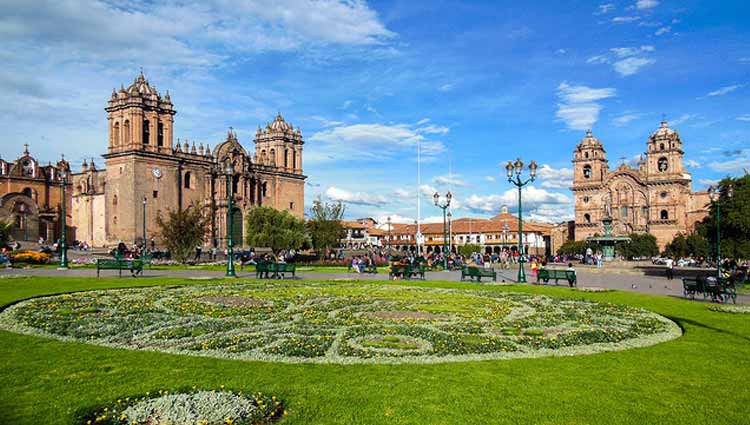 Inca civilization introduced the Quechua language at this versatile nation. One-third of South Americans speaks this language even at this present day. However, people kept this ancient language in its original form. Spanish, Quechua, and Aymara are three national languages of this nation. The followers kept the tradition of Quechua speaking people in its social activities still to the current date too. 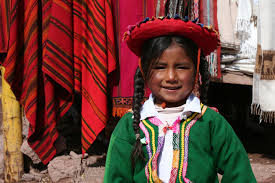 Inca Civilization, How can one define Peru without mentioning its old civilization? In the pre-Columbian period, the Incan empire was the largest empire in the world. According to Quechua language, Inca means ruler or lord. This civilization had this name to define the presence of the ruling family of the empire. It had its presence larger than the Rome of Italy. Inti, Huacus, ApuIllapu were the worshipping gods of the civilization. Incan people believed their ruler as the child of the sun. However, researchers are yet to find the origin of the Inca Empire, which is standing with its historical carving on the Machu Pichu Mountain. Believe is that, this is the last Incan city site divided into two areas, such as agricultural and urban. 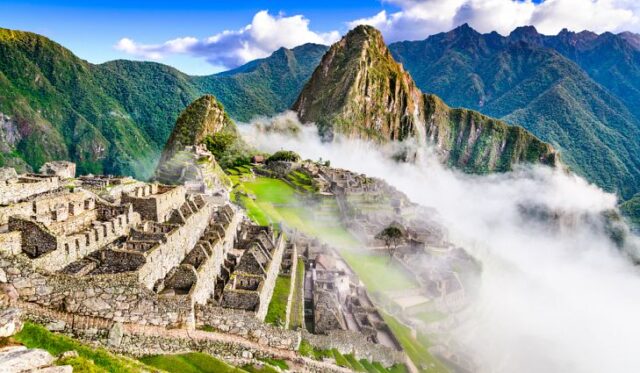 5. Heaven to Tourists with a Distinct Taste

Peru tops the list of most visited countries in South America. The tourism sector contributes to the third most economical value after fishing and mining. The heritage presence of Amazon forest is giving the glimpse of ecotourism that is on the rise in the chart. Gastronomic tourism, adventurous tourism, and luxury tourism are behind the credit of having 94% satisfaction from the travelers. The surfing lovers land there to explore the best experience of the Peruvian Pacific Ocean. This transportation system is different because of the climate factors. One rail line is active in the nation with the addition of road travels. There is river transportation in the Amazon area too. Peru is connected by air with different parts of the world. 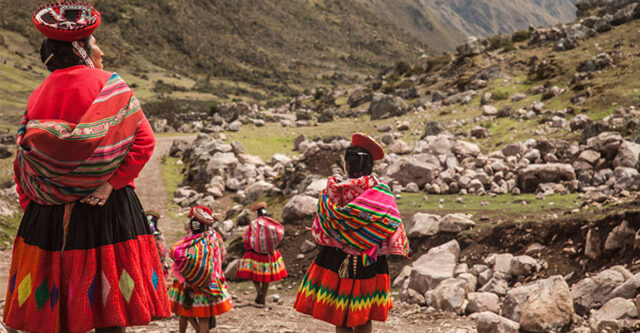 6. Amazon Rainforest with its Enriched Gifts

Amazon rainforest is the largest forest of the world with thousands of diversities in its natural heritage presence. More than 60% of the country’s land area is covered by this forest dominated by a large degree of biodiversity. The country has its second-largest share of the forest just after neighboring Brazil. Camu Camu is the top rich source of vitamin C in the world found in the Amazon area. There are two different Ecoregions; lowland region and highland region. Heavy rainfall, warm weather, and high humidity of lowland area are the source of multiple rivers. Apurimac River is taking its birth from this region, which is the source of the Amazon River. The eastern foothills of Andes Mountain have highland forest area with large varieties of flora and fauna. Three-quarters of 10 million alpacas live in this area. Nearly 21,462 species of plants and animals are present in this biodiverse country. World’s highest growing tree Quenelles found in Peruvian forest. This natural reserve is the sight having a maximum number of bird spotting in a single place. 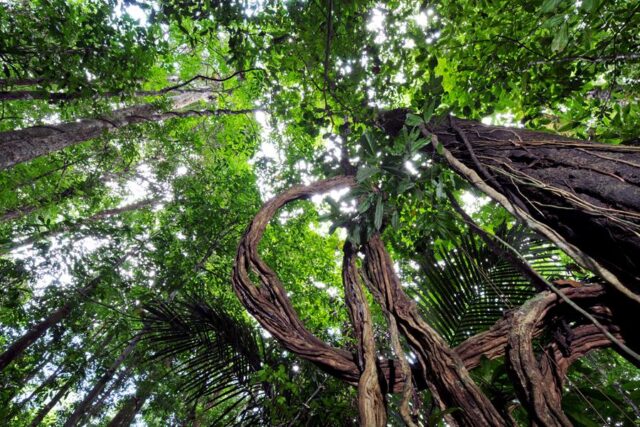 The economic boom is at its fastest pace in this country. Peru is rich with the source of mineral items. It contributes a great part in world’s mineral source with its presence in the chart of top 10 productions – Gold, Silver, Copper, Bismuth, Rhenium, Arsenic Trioxide, Lead, Tin, Zinc, Molydenumare found in huge quantities in this nation of 1,285,216-km2 area. 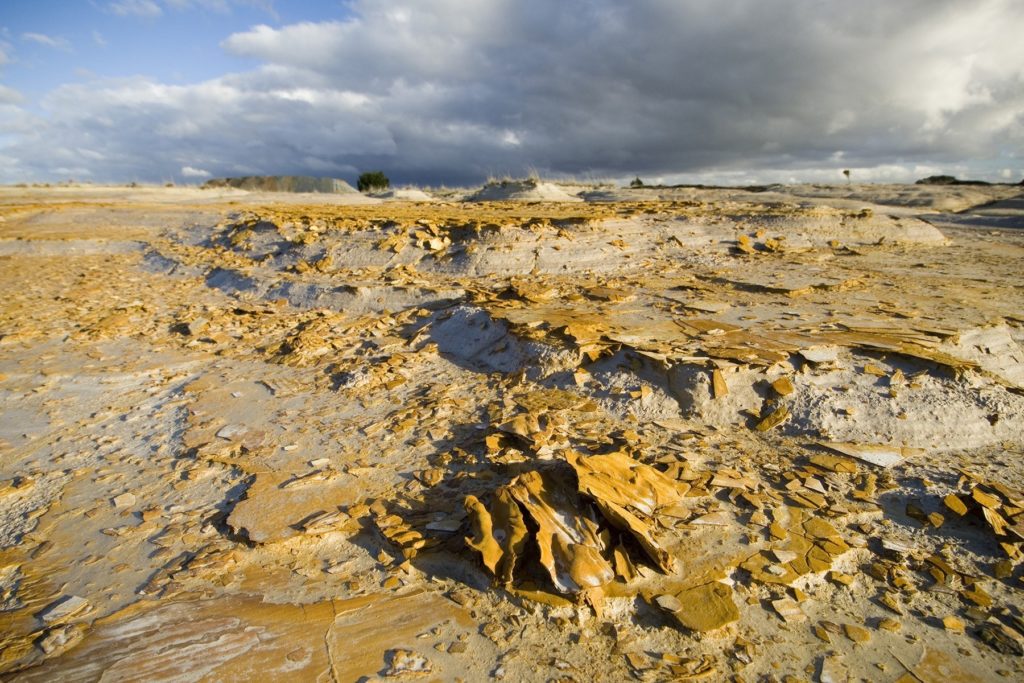 You may have traveled through the world and know about different countries with rich heritage, diversity, and culture. However, none can match up with the diversity of this Latino nation of the southwestern American country. 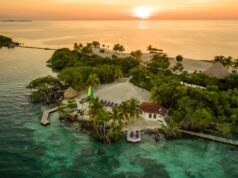 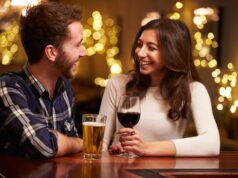 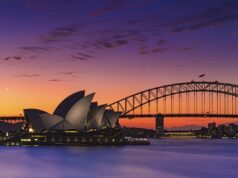 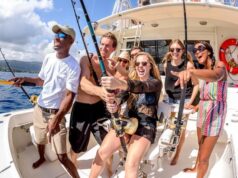 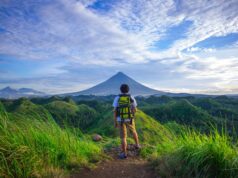 How to Plan and Prepare for Your First Hiking Trips 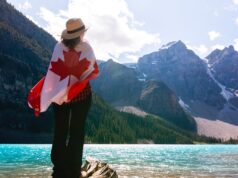 6 Things you Should Know Before Moving to Canada – 2020 Guide

Mivian Batolov 0
Chinese food is touted as “good food” that is both delicious and healthy! The Chinese people pride themselves on cooking delicious meals that are enjoyed...
edit

Process of Recovery Against Addiction – 2021 Guide

How to Prevent Laundry Problems – 2021 Guide

5 Ways To Change Your Image With a Headband Wig –...

How to Decorate and Paint Rooms According to Color Psychology –...

Where to Find a Personal Injury Lawyer in New Jersey –...

5 Reasons You Shouldn’t be Embarrassed To Buy Sex Toys –...