Marco Rubio is an American politician and senator, currently serving as Chair of the Senate Small Business Committee.

Marco Rubio was born on May 28th, 1971, in Miami Florida. His parents emigrated from Cuba in 1956, three years before Fidel Castro’s revolution. They didn’t become United States citizens until 1975. Many of Rubio’s relatives later came from Cuba as refugees. He has three siblings, Brother Mario and sisters Barbara and Veronica. Mario and Barbara are older than Marco, while Veronica is younger. Rubio attended South Miami Senior High School, graduating in 1989. He received a football scholarship for Tarkio College in Missouri, but he stayed only one year there, before transferring to Santa Fe Community College in Gainesville, Florida. In 1993, he got his Bachelor of Arts degree in political science from the University of Florida. In 1996, he got a Juris Doctor degree from the University of Miami Law school. Later, he said that he had $100,000 in student loans, which he repaid in 2012. During his studies, he interned for various Republican politicians, including working on Bob Dole’s presidential campaign in 1996.

Rubio ran for the Florida House of Representatives in 1999. He barely won the Republican nomination, defeating Angel Zayon by just 64 votes in a run-off election. He proceeded to defeat Democratic candidate Anastasia Garcia by a landslide of 73%. Next year, he ran for re-election unopposed. He spent four terms in the Florida House of Representatives. While there, he also worked for a law firm in Miami and in 2004, he got a position in Broad and Cassel. In 2005, Rubio became a House speaker, becoming the first Cuban-American to hold that office.

In 2009, Rubio announced that he will run for the seat in the United States Senate. He defeated the governor of Florida Charlie Christ in the primaries and won the general election with 49% of the vote. In 2015, he joined the race for the Republican presidential nomination but dropped out after losing Florida caucus to Donald Trump. Instead, he ran for Senate again in 2016 and won with 51% of the vote against the Democratic candidate Patrick Murphy.

Rubio is married to Jeanette Dousdebes and they have four children. The family lives in West Miami.

Rubio never had any business ventures and the only source of his wealth are salaries he received from companies he worked for and as a public servant. Marco Rubio’s net worth in 2022 is estimated at $400,000. 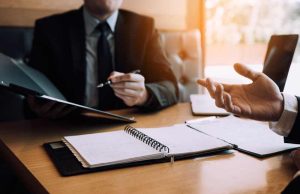 Hideyoshi Hazzard 0
There are several factors to consider when venturing into student law. Likewise, when you are considering hiring a student defense lawyer, it is essential...

Should Workout Clothes Be Tight or Loose – 2022 Guide

Jobs-to-Be-Done: How Can It Help You Grow Your Business?

4 Ways to Spark Your Baby’s Interest in Toys