Home Gambling A Guide to the Evolution of Poker

When you think of poker what image does it conjure up? Do you think of elegant and well-dressed men playing in a glamorous casino a la James Bond? Do you think of smokey saloons full of gruff cowboys deep in concentration? Perhaps you think of just an average guy in his sweatpants staring at a computer screen? Poker has had many different iterations across many different periods in time, so none of those images is any less valid than the others. Here is the evolution of poker through the ages.

One Thousand Years Ago

The exact origins of poker are more than a little foggy. Some historians believe it originated in ancient China, others in Persia, and some in France. The Chinese game involved stone dominos and was enjoyed by the 10th-century Chinese emperor. The Persian game is called As Nas, which dates back to around the 16th century. The French game was called Poque and is certainly the closest European predecessor, being popular during the 17th century.

Perhaps thanks to its similar name, Poque is the game that is most widely considered poker’s predecessor. This game originated from Primero, a Spanish game in which three cards are dealt to each player, with bluffing being a key part of the game. Poque also involved bluffing and was likely brought to the united states by French colonists. These people settled in much of New Orleans and the surrounding area, mixed with English-speaking colonists who were already there, and Poque became anglicized to poker. This version included five cards being dealt to each player and the appearance of a standard 52-card deck.

In 1837, R.F. Foster wrote ‘the game of poker… is undoubtedly the Persian game of As-Nas’. This historian was certain that the origins of this game lay in the game played with 20 cards that originated in Persia. This game was played as far back as the 17th century and its popularity grew hugely during the 18th and 19th centuries, a time when Persia had most of its contact with Western countries. Strict laws originating from the Islamic revolution meant that As-Nas became completely extinct after 1979, but no decks made during the 20th century have ever been found. The game is played with a deck of 20 or 25 cards, much like the original American poker, but these cards are all court cards, no pips. Whether R.F. Foster is right, or whether it did originate from Poque, Poker was the first game of its kind to introduce one particular thing.

Whether you believe that poker had its origins in Persia, China, or France, one thing everyone can agree on is that poker was the first card game to formally introduce betting. In this way, poker as we know it, as a betting game, originated and spread along the Mississippi River from 1800 onward. It was played with both 52 card decks and 20 card decks, though usually the latter was saved for two-player variations. The common thread was the betting which brought together the workers on the Mississippi boats. Further developments came around this time, included stud poker, played with five cards and introduced during the American Civil War, and wild card poker introduced around the turn of the century.

Up until the 1970s, the popularity of poker had remained relatively steady. It was widely played in bars and homes, but the advent of the casino meant that now there was a dedicated place to enjoy one of America’s favorite games. Tournaments began to take place regularly, with the World Series of Poker really kicking things off in 1970. Towards the end of the 70s, strategy books began to appear and were eagerly snapped up by keen amateurs.

By the 1980s, poker had become so commonplace that it was regularly referenced in pop culture. No less than 10 episodes of Star Trek featured poker games and various films featured poker-playing scenes. This occurrence came alongside the legalization of hold ’em Omaha and stud in California. Prior to this only draw games had been allowed, but this act in 1987 paved the way for poker to boom again. Several other gaming laws were passed during the 1980s which led to the founding of many card halls across Nevada in particular and the popularity of poker in the casino to increase. The 1990s saw the first late-night poker show debut on British television, firmly securing poker a fanbase outside of America.

Poker experienced perhaps its biggest spike at the turn of the 21st century when online poker became legalized. Hole-card cameras had recently allowed people to really get inside the game when viewing professional tournaments, so not only could they enjoy watching the game from inside their own homes, they could now enjoy playing without having to leave home as well. Convenience bred popularity in this case and increased tournament coverage coupled with ever more impressive online offerings created millions of online poker fans. This boom in popularity birthed several new and prestigious tours including the World Poker Tour, European Poker Tour, and later tours in Latin America and Asia too. Online casinos have only grown since their invention, it almost seems as though this bubble can’t burst.

We’ve come a long way since carved stone dominos, we’ve even come a long way since poker on your computer. With the advent of the smartphone came the ability to play poker on your mobile. There are so many different providers for online mobile games that sites like PokerNews have popped up to advise their readers on which provider is the best. The ability to play at any time, at any place has been a gift for poker fans and online poker providers alike. Mobile poker has only helped to bolster the online casino growth and has made poker accessible for players who may not have the means to buy a computer but do have access to smartphones.

It seems as though the growth that poker can hope to capture from this point forward lies either in new technologies, such as live casino dealers and virtual reality or in bringing poker to audiences who live in less developed areas. The next ten years will certainly be an exciting period for this ancient game. 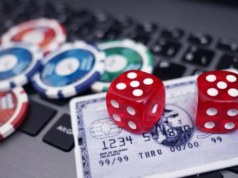 7 Largest Online Gambling Companies In The US In 2022 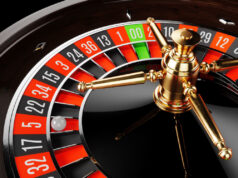 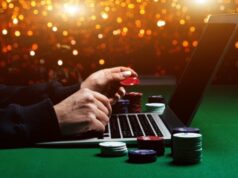 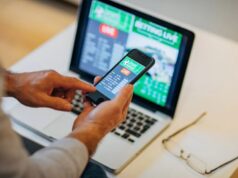 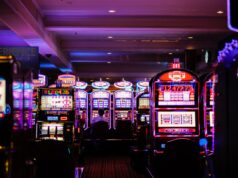 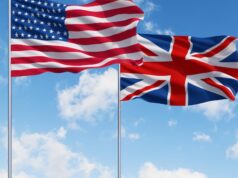